The trial against the neo-Nazi party Golden Dawn is currently underway in Greece. A case that is testing the ability of the Greek society to reject the drive of intolerance and hatred grown in the shadow of the economic crisis.

At the dawn of September 18th, 2013, Golden Dawn, the Greek neo-Nazi party, in line with its violent political programme, sent its squads in the Western Athens district of Keratsini, to stab rapper and shipyard worker Pavlos Fyssas, 34, in the heart. Fyssas died that night, together with any illusion that Greece would remain unaffected by the spread of the far-right in Europe.

The young man’s murder, however, initiated the legal prosecution of several Golden Dawn’s MPs and members, and eventually a massive trial consisting of four distinct, but interlinked cases, 69 defendants, and 2 terabytes of documents. The trial began on April 20th, 2015, and is still ongoing.

While the Golden Dawn trial has been characterised as the biggest trial on fascism in Europe after Nuremberg for bringing a fascist yet, parliamentary political party to justice for its criminal actions, its significance also lies in whether it will manage to restrain the legitimacy that fascism has gained within Greek society.

Golden Dawn did not turn to violence on September 18th, 2013. A long list of vandalism acts, arsons, beatings, tortures, and attempted murders in the standards of the squadistri raids of the Mussolini era has won the organisation a reputation since the early 1990s.

Launched as a secret club for ideological fermentation in the early 1980s, Golden Dawn became a political party in 1993, seizing the opportunity to play a more active role in Greece’s public sphere after the outburst of the Macedonian issue and the following massive nationalistic demonstrations.

Golden Dawn’s attacks, for which the organisation rarely took responsibility – even when the perpetrators were well known members, targeted all those regarded as a neo-Nazism enemy: left-wing and anti-racism activists, Roma, and immigrants (especially Albanians, who flooded in Greece after the collapse of the communist regime).

In 1998, for example, Greek student Dimitris Kousouris, 24, survived a brutal attack that left him heavily injured and in coma for a month. Kousouris, today a historian and professor at the University of Vienna, testified during the GD trial to underline the consistent methodology of the violent attacks that the organisation has carried out through the years. 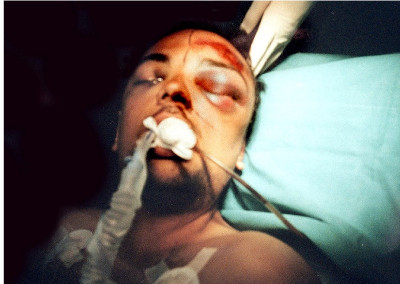 Dimitris Kousouris after being attacked

Attempted murders continued after Golden Dawn entered the Greek parliament in 2012, despite its leadership’s claims that “being MPs is a disgrace”. The new status facilitated violent activities, murder included – not just Pavlos Fyssas’.

Not long before the rapper’s assassination, Pakistani Sahzat Luqman, 27, was stabbed to death by Golden Dawn members while riding his bike to the street market where he worked in Petralona, in the dawn of January 13th, 2013. Thanks to eyewitnesses, the attackers got arrested later that day: one of them felt confident enough to still carry the bloody knives around.

Their trial was the first in Greece to end with a conviction that recognised the racist motives of the murder. However, the arrest of the perpetrators did not undermine the organisation’s morale in crime, as it never had in Golden Dawn’s two and a half decades of criminal history.

Even after Pavlos Fyssas’ assassination and the trial that followed, Golden Dawn continued with the violent attacks. Eugenia Kouniaki, a prosecution lawyer in the GD trial, was punched in the face close to the court in November 2017. SYRIZA Youth member Vangelis Papamicahail had been beaten while going to a concert in memory of Pavlos Fyssas earlier that month.

Key aspects of the GD trial

It has been three and a half years since the trial started and the 69 defendants have not yet testified in court. However, it is believed that a verdict will be delivered by the end of 2019. According to the prosecution, the delay has been caused by imponderable factors such as the Bar Associations’ long strike in 2016, but also by unjustified ones, such as the decision not to exempt the judges from other trials. 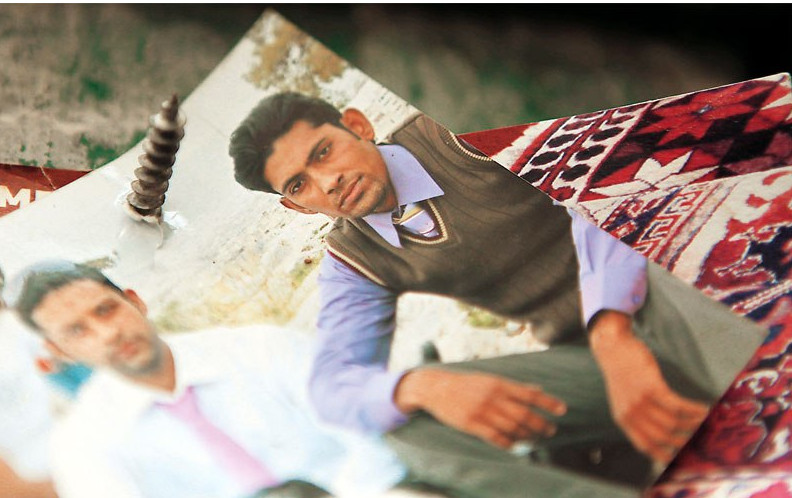 While this is a significant trial for Europe’s recent political history, let alone Greece’s, few have a comprehensive understanding of the cases involved. Here is a summary.

“The commie cunts will likely get a solid beating in Perama today”: thus Golden Dawn’s MP Yannis Lagos wrote in a text sent to Yorgos Patelis, high-ranking GD member and “cell leader” of Nikaia district, on September 12th, 2013 – the night that the organisation attacked the Communist Party’s trade unionists. Over 30 Golden Dawn members – the local hit squad – managed to get 9 people heavily injured, as part of a strategy to establish themselves in the area. The shipbuilding zone in Perama, where the attack took place, is a working-class area where trade unionism is very active.

“They made it alive by sheer luck”: since its establishment, Golden Dawn has never stopped hunting immigrants and it would not make an exception on June 12th, 2012. That night, a GD hit squad of 20-25 people broke into the house of four Egyptian fishermen and beat them brutally. According to their lawyer Kostas Papadakis, the attack was meant to be fatal and they survived out of “sheer luck”. One of the perpetrators was heard saying “let’s go, he is dead”, and the squad left the small apartment in the same coordinated way it had attacked. The racist motive, the brutality, the flawless organisation, and the consistence between their intentions and actions are again the main characteristics of this case.

“If I am here today to testify, it is because of Pavlos”:these were the words used in court by Giorgos Douvlaris, a friend of Pavlos Fyssas’, who was with him the night of the assassination and managed to escape GD’s hit squat. According to the testimonies, Fyssas was the one who pointed out the murderer to the police officers who arrived at the site, a few moments before he passed away. Fyssas’ murder triggered the investigation of Golden Dawn’s criminal activity, and a lot of that credit goes to Fyssas himself. Footage from the cctv cameras of the nearby shops – the assassination took place in a central street – is major evidence in the case and indicates the serious negligence of the police, that stood a few metres away throughout the whole incident.

“I accept the political responsibility”:on September 17th, 2015, Nikos Mihaloliakos, leader of Golden Dawn and defendant, said on a radio broadcast that his party takes the political responsibility for Fyssa’s murder, but not the criminal one. The fourth case, in fact, highlights Golden Dawn’s nature as a criminal organisation. In order to prove that, the civil prosecution brought to the court 2 terabyte of documents and presented evidence not only from the cases of Fyssas, the Egyptian fishermen, and the trade unionists, but from dozens of other criminal attacks.

On October 5th, research agency Forensic Architecture published its full work about Fyssas’ murder. The expertise aims to prove how and when exactly the Golden Dawn hit squat acted and that the patrol of the Greek police that was standing nearby from the beginning did nothing to prevent the murder.

While the case remains open, it takes a lot of determined people to stand firm against fascism in Greece, including those lawyers who represent the victims of neo-Nazism at court with more than professional zeal and often for free. Also the people behind goldendawnwatch.org, a watchdog that reports on every hearing of the trial since the beginning, work on a purely voluntary basis. The website is available in both English and Greek, and soon it will launch a vital crowdfunding campaign.

Yet, little could be written about the trial of the century in Greece without mentioning Pavlos Fyssas’ friends and family, especially Magda Fyssas, the rapper’s mother. For many a truly heroic figure, she has been always present in court, even when she had to stand Golden Dawn members shouting at her “Where is your Pavlos now?” [the verbal abuser later received a 7-month suspended jail sentence]. Magda Fyssas’ stance is a constant reminder that the fight against fascism has to be persistent, even amidst the greatest sorrow.