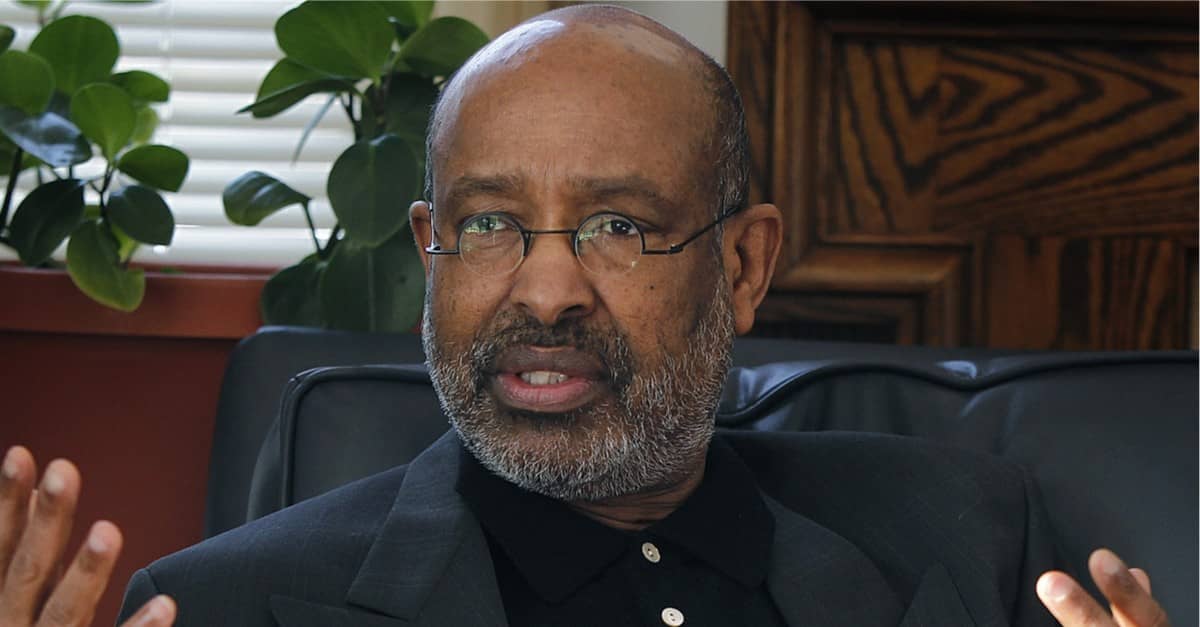 Somalia’s presidential election last year seen as milestone of corruption by some and others as a fresh start for a war ravaged country is looking more and more like a false dawn – a huge opportunity lost. Since Mr. Farmaajo came to power in February last year, his administration focused heavily on curbing political opponents […]

Our two nations can feel solidarity in how our revolutions turned into authoritarianism. Is there hope for us? Of course. “A true patriot of her country and Europe.” This is how I was described during the Ambassador of New Europe award ceremony speech at the European Solidarity Centre in Gdańsk, Poland. My book, Turkey: The Insane and the […]

A working paper from a pair of political scientists analyzed World Values Survey data to trace the rise of support for authoritarianism in America to a growing sense among white people that democracy’s commitment to giving everyone a vote would soon erode their privilege, as the growing population of racialized people started to vote for fairer policies. […]

In a recent episode of RT’s “On Contact,” Truthdig columnist Chris Hedges discusses Israeli war crimes committed against the people of Gaza with Max Blumenthal, director and writer of the documentary “Killing Gaza,” and Dan Cohen, the film’s cinematographer and editor. Hedges says, “Israel’s policy of demographic engineering means that it must, in order to retain […]

The democratic progress made by African countries since 1990 are being reversed in record time, as another country yet again amends its constitution to extend presidential term limits. The results of last week’s referendum were released on Monday, with the citizens of Burundi voting to approve a new constitution for their country. The amendments to […]

In Guatemala, family members are demanding justice for Claudia Gómez González, the 19-year-old indigenous woman whom a U.S. Border Patrol agent shot in the head and killed last week in Texas near the U.S. border. Border Patrol initially claimed that the shooting occurred after an agent “came under attack by multiple subjects using blunt objects.” […]

Ex-President Lula has more voter intention than the sum of his 13 closest rivals in the newpoll. Even if there were a second round, he would beat any other candidate. In an unprecedented situation in Western history, Luiz Inacio Lula da Silva continues to lead all presidential election polls by a wide margin from behind bars, in […]

Religious individuals are, on average, less humble about their intellectual prowess than non-religious individuals, and it is right-wing authoritarianism that accounts for most of the correlation between religiosity and lack of intellectual humility, according to a Pepperdine University study to be published in the August edition of the peer-reviewed journal Personality and Individual Differences. The Foundation for Critical […]

The Trump administration did not rise, prima facie, like Venus on a half shell from the sea. Donald Trump is the result of a long process of political, cultural and social decay. He is a product of our failed democracy. The longer we perpetuate the fiction that we live in a functioning democracy, that Trump […]

The Sunday Times profiled members of Generation Identity with a picture that made them look like members of a boyband. This dangerous trend of humanising extremists must stop. ascism is all the rage these days. Hate is haute, white nationalism is the new black and neo-nazism never looked so good. So the Sunday Times – which recently […]

Life under Nicolás Maduro’s authoritarian regime is likely to continue as Venezuela heads into a presidential election this Sunday. Though Venezuela’s daily hunger crisis mounts and inflation continues to skyrocket, Venezuelan President Nicolás Maduro is still expected to win re-election on Sunday, extending his five-year term. Street protests against Maduro are common as people cry out against the lack of […]