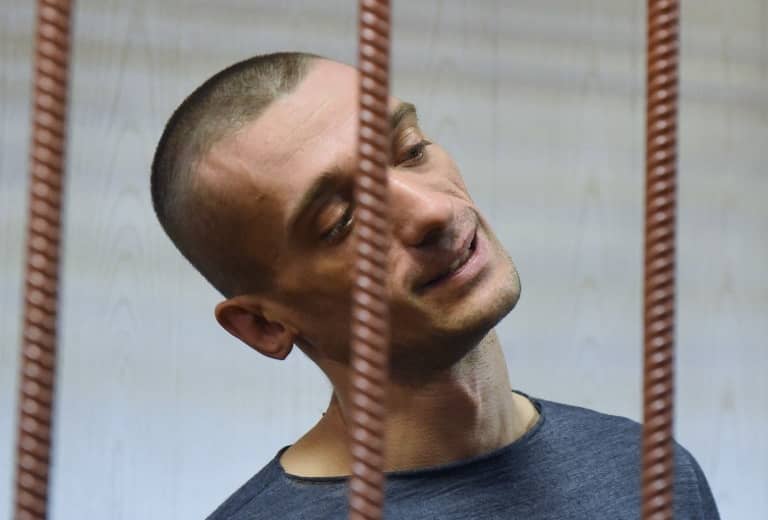 Since autumn 2017, the Russian security services have been arresting anarchists and anti-fascists across the country. They’re suspected of being part of a terrorist organisation called “The Network”. Detainees complain that they have been tortured, and rights advocates believe the case is fabricated. The FSB’s version According to the investigation’s case, the FSB foiled the activities of “The Network” terrorist […]

The number of eviction orders obtained against tenants in a Georgia apartment complex owned by Sean Hannity has sharply increased since the property was bought by the Fox News host. County court records say that judgments approving the removal of 61 different residents of the Hampton Place apartments in Perry have been issued during the three years […]

There were tensions on the French-Italian border at the weekend, after anti-fascist groups responded on Sunday to a “wall” along the border that had been created by the far-right group, “Generation Identitaire,” on Saturday. Tense moments were experienced with the French gendarme at one point but violent incidents were avoided. Activists from the small far-right […]

BY Frank Palmeri and Ted Wendelin

The South may have lost the Civil War militarily, but it won politically. For most of United States history, laws and policies that favor the South have prevailed. Originally, this hegemony was based on the Southern states’ paradoxical use of slavery to seize disproportionate power in national institutions. At the beginning of the Republic, slave states wanted […]

In Germany and elsewhere, younger generations are becoming indifferent to the history of fascism. This is how the far right thrives. In Aistersheim, a village in north-west Austria, a pale yellow castle towers over a frozen lake, as if out of a fairy tale. It looks like it might be awaiting royal guests. But the […]

Far-right groups have surged across Europe. Why hasn’t Golden Dawn been able to grow? Athens, Greece – While far-right, populist and often neo-fascist parties across Europe have successfully broadened their bases since the massive influx of refugee arrivals started in 2015, that has not been the case in Greece. In January 2015, the neo-fascist Golden Dawn became the […]

Hundreds of people are set to rally against a “new breed” of white supremacism in London this weekend as racist group Generation Identity (GI) prepares to hold its first official conference on British soil. The “Identitarian” movement, which propagates the far-right conspiracy theory that white people are becoming a minority, is hosting what it has branded […]

The fortunes of the African refugee community targeted by the Israeli government for deportation have swung wildly in recent days. Prime Minister Benjamin Netanyahu first announced a United Nations-backed deal to resettle some of them in the West, but then quickly retracted the plan after right-wing Israelis complained that the deal was too generous to […]

We talk to Elizabeth Gillespie McRae about her new book: Mother of Resistance: White Women and the Politics of White Supremacy which examines the grassroots workers who maintained the system of racial segregation and Jim Crow.  Elizabeth Gillespie McRae is a professor of history and director of graduate social science education programs at Western Carolina University.

Scholar Andrew Whitehead: Right-wing evangelicals think Trump can make “their vision of a Christian nation” real y the standards of any of the world’s major religions Donald Trump is an ungodly person, an enthusiastic and unrepentant sinner who revels in his misdeeds. Trump is a serial liar and apparent narcissist. He is a greedy, crude […]