Somalia’s presidential election last year seen as milestone of corruption by some and others as a fresh start for a war ravaged country is looking more and more like a false dawn – a huge opportunity lost.

Since Mr. Farmaajo came to power in February last year, his administration focused heavily on curbing political opponents to consolidate power, while at the same time neglecting the much expected offensive against Al-Shabaab, relying solely on America’s drone strikes which is barely a sustainable solution, considering the group’s control of vast territories and with the side effects of civilian casualties, compounded by the overstretched AU — AMISOM troops who are not able to liberate new areas — the result of lack of preparedness of the Somali National Army (SNA) to hold and stabilize areas recovered from Al-Shabaab.

Somalia’s political crisis deepened as the country experienced a series of violent attacks, arrests and intimidation directed against political opponents; violent acts that nearly put the country on a course to a civil war – actions designed to silence the opposition and orchestrated by an administration that does not extend far beyond the capital, Mogadishu – an administration that remains dependent on western support and AMISOM troops for its survival.

Early this year, the Special Representative of UN Secretary-General to Somalia, Michael Keating warned that heavy-handed politics was a risk to stability, pointing to the violent arrest of opposition figure Abdirahman Abdishakur that led to his injury and the death of five of his bodyguards in mid-December. Days later, the home of Senator Abdi Qaybdid, a former chief of police, minister and regional head was raided by Somali security forces, these incidents have highlighted basic problems that need to be addressed, such as inadequate rules and safeguards governing the conduct of politics, including impeachment procedures; blurred roles and lines of accountability of the many security actors; and the perpetuation of corrupt practices and of untraceable money in the political marketplace. He went on to say that “all Somali actors need to respect the rule of law and resist the use of violence against their political opponents.”

In an apparent violation of the country’s constitution, President Farmajo dismissed Hassan Ibrahim, who served as the Chief Justice for two years on Sunday replacing him with a relatively unknown and inexperienced 36-year-old, Bashe Yusuf. This is the latest of what was a series of power grabs which consolidated all three branches of the government in the hands of one authority; a decision that was made in the name of judicial reforms has received a strong rebuke from Somalia’s legal and intellectual community. 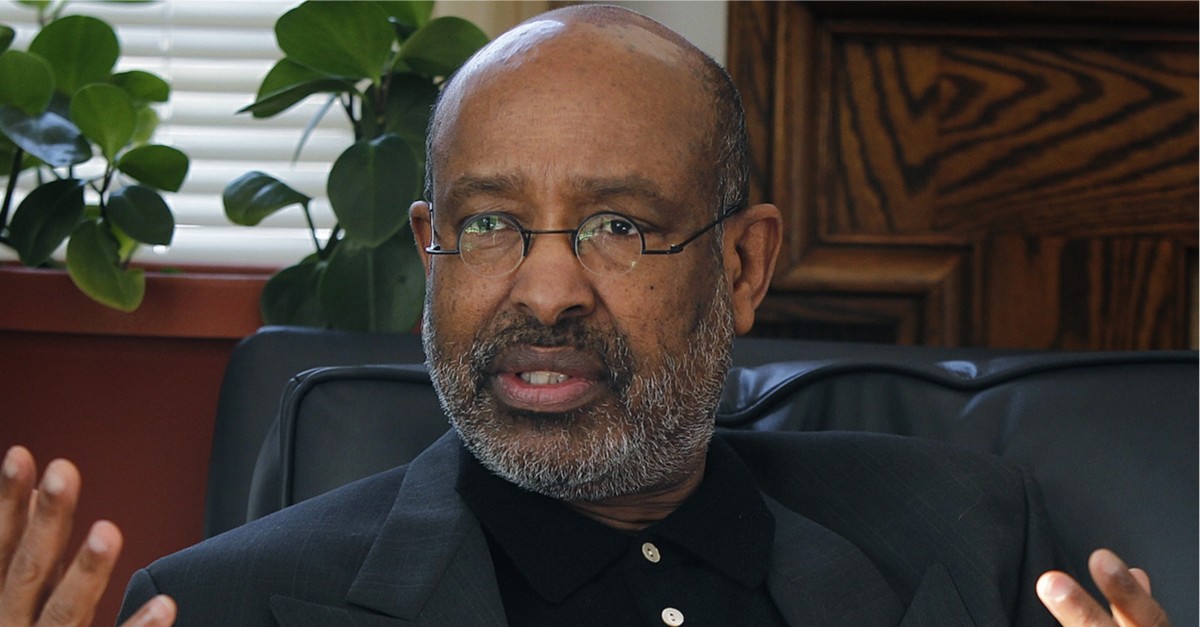 In a Somali-language interview on Monday, Prof. Abdi Ismail Samatar, a widely respected Somali intellectual who also was the head of the election commission to oversee the integrity of last year’s Somalia presidential elections – said that it was unfathomable that an individual who never sat as a judge to be appointed as the nation’s Chief Justice.

“This (Chief Justice appointment) is something that I have never heard about in my life. This man who was named as the Chief Justice never sat as a judge. How can he render legal judgement with no experience?” said Prof. Samatar. He has not worked as a professional barrister or lawyer, his professional career is primarily NGO work, notably at Mercy Corps as a Program Officer. He added that, for a man who never sat as a judge to be elevated as the top justice in Somalia is a major problem for our country and if the President insists on his appointment than his credibility as a leader should be called into question. Furthermore, Prof, Samatar charged that the deputy prime minister of Somalia and Bashe Yusuf Ahmed are maternal cousins, which leads to more nefarious speculations surrounding the controversial appointment.”

This April, in a crisis widely thought to be fueled by the Gulf Crisis, Somalia’s Lower House Speaker Mohamed Osman Jawari was forced to resign after more than a month of political stand-off with the president and the prime minister on one side, that led to the intervention of the African Union Mission on April 4 after the situation escalated in the lower house building. The speaker has accused president Farmajo and his prime minister for escalating the political crisis in Somalia by asking him to resign instead of resolving the crisis without taking sides. Jawari who was re-elected in 2017 for the second term in office has blamed the legislative branch for being behind a motion of no confidence against him and for ordering the security forces occupying the Parliament building. Early, ninety-six lawmakers have also accused the president of violation of the constitution, treason, destruction of the federal member states.

No doubt, the Gulf Feud played a major role in Somalia’s political crisis. The rift in the Gulf has pitted Saudi Arabia and the United Arab Emirates, which are major trading partners with Somalia, against Qatar, whose financial support was widely seen as a critical factor in Farmaajo’s victory in last year’s presidential election. Ahead of Mr. Jawari’s forced resignation, the government impounded a suitcase it said contained $9.6 million in cash, from a plane that had arrived from the United Arab Emirates. The Emirati ambassador said the money was intended to pay its soldiers, who are training Somali national forces, but the government said it was still investigating the matter.

The Saudi Arabia-United Arab Emirates (UAE) decision to break relations with Qatar has pitted the Somali government against its federal member states, creating a serious challenge for the country’s embryonic state-building process and near-total breakdown of relations between the two sides. As it becomes clearer by the day that Farmaajo administration gets backing from Qatar in its quest for power grabs, the federal member states move further to the side of the UAE and Saudi Arabia; opponents note that the Saudi Arabia-UAE contingent offers Somalia much more in terms of a market for livestock exports, trade and remittance than that of Qatar.

The country faces daunting challenges that require national unity and consensus, including: The al-Shabaab and ISIS attacks, drought and famine crises and the dilemma of state building, but, Farmaajo relentlessly pursued to consolidate power by desperately replicating Siad Barre’s dictatorship playbook which is indeed a ticking time bomb that could easily undo all progress made on short notice and set the country on course to a civil war, especially in a country whose wounds of previous civil war haven’t been healed yet. We shall not go very far to learn from the past mistakes, but, from the Somalia’s civil war in 1991 that ousted a brutal dictator, the root cause of Somalia’s destruction and fragmentation.

History has time and again shown that unlimited power in the hands of one person or group in most cases means that others are suppressed or their powers curtailed. The separation of powers in a democracy is to prevent abuse of power and to safeguard freedom for all. Checks and balances (rights of mutual control and influence) make sure that the three powers interact in an equitable and balanced way. The separation of powers is an essential element of the Rule of Law, and is enshrined in the Constitution

“Rulers, Statesmen, Nations, are wont to be emphatically commended to the teaching which experience offers in history. But what experience and history teach is this – that people and governments never have learned anything from history, or acted on principles deduced from it. Each period is involved in such peculiar circumstances, exhibits a condition of things so strictly idiosyncratic, that its conduct must be regulated by considerations connected with itself, and itself alone.” By G. W. F. Hegel.