By the 1920s, fascism’s rise garnered a wide range of reactions from political and economic elites. Business leaders viewed Benito Mussolini’s fascism in Italy as necessary for “preserving” economic growth. Others, including some socialists, believed fascism would simply fade away.

Clara Zetkin, the founder of International Women’s Day, was a veteran German revolutionary socialist by the time fascism spread across Europe. Zetkin’s political expertise was highly valued among many in the international communist community. After spending some time in Italy, Zetkin produced a report in 1923 to her comrades, warning that fascism represented a direct threat to everything they believed in. Zetkin understood that fighting fascism was a matter of life and death.

“It is urgently necessary that it be brought down,” she stated in the report, “This is true not only with respect to the historic existence of the proletariat as a class, which will free humankind by surmounting capitalism. It is also a question of survival for the every ordinary worker, a question of bread, working conditions, and quality of life for millions of the exploited.”

Nearly a century later, Zetkin’s warning must be heeded again. With the recent rise of Victor Orban in Hungary, Putin in Russia, Duterte in the Philippines, Modi in India, Trump in the U.S., and Bolsonaro in Brazil, fascist politics have gained momentum. Unless taken seriously, we will see a repeat of fascist governments emerging, which would lead to the demise of democracy and human rights for generations ahead.

In How Fascism Works: The Politics of US and Them, Yale philosopher Jason Stanley explains that although we haven’t yet seen explicitly fascist governments in power, political leaders such as Trump in the U.S. and Orban in Hungary practice a set of politics that aligns with fascist principles.

For instance, one of the main things that all fascists love to do is to destabilize the concept of truth and aspire to create an alternative reality for their supporters.

Both Trump and Orban have attacked the media. More importantly, Trump and those like him profess that the only source of truth is whatever they say. 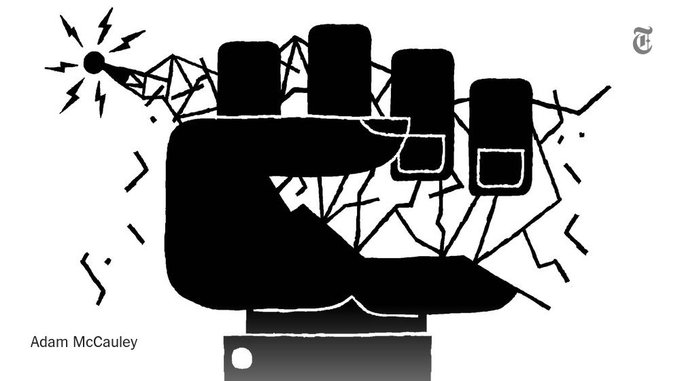 No News Is Bad News for Hungary https://nyti.ms/2Rw4r5i

Another aspect of fascist politics that figures like Trump and Orban practice is the creation of a “mythic past” that needs to be preserved and returned to. This means claiming that the U.S. was a much stronger country decades ago, ignoring Jim Crow and the genocide of Native Americans. And that it is protecting “heritage” to protect the statues of Confederate leaders.

“When it does not simply invest a past to weaponize the emotion of nostalgia,” Stanley writes, “fascist politics cherry-picks the past, avoiding anything that would diminish unreflective adulation of the nation’s glory.”

Ultimately, one of the most critical ingredients in fascism is the “nation”. Strengthening and protecting the “nation” is their goal. According to fascists, the only way to do so is by preserving the so-called “natural order,” which means preserving racial, gender and economic hierarchies.

Those who challenge hierarchies are therefore, impeding the nation’s progress. Usually, this means that racial, ethnic and religious minorities, feminists, liberals, socialists, communists, and those who identify as LGBTQ are “enemies” of the nation, since they are groups that seek political rights and justice, which to fascists and their supporters, is against the “natural order” and the “nation”.

Further, according to leaders like Bolsonaro, strengthening the nation requires purging its “enemies,” which include Afro-Brazilians and leftists.

How a homophobic, misogynist, racist ‘thing’ could be Brazil’s next presidenthttps://www.theguardian.com/commentisfree/2018/oct/06/homophobic-mismogynist-racist-brazil-jair-bolsonaro …

How a homophobic, misogynist, racist ‘thing’ could be Brazil’s next president | Eliane Brum

Jair Bolsonaro is the monstrous product of the country’s silence about the crimes committed by its former dictatorship, says writer Eliane Brum

646 people are talking about this

“You won’t change anything in this country through voting — nothing, absolutely nothing,” Bolsonaro stated, “Unfortunately, you’ll only change things by having a civil war and doing the work the military regime didn’t do. Killing 30,000, starting with FHC [former president Fernando Henrique Cardoso]. Killing. If a few innocent people die, that’s alright.”

The purpose of fascism, as revealed by Zetkin and Stanley, is to sustain a political and economic system in which power is centralized at the top, whether in the hands of the fascist leader himself or in the hands of their allies, especially business elite.

Therefore, the first lesson when confronting fascism is that it is not something that can be reasoned with. The solution is not in seeking compromises with fascism as some leaders have done. As Zetkin recognized in fascism’s rise in Italy, the few socialists and liberals who did end up in uncomfortable alliances with fascists saw their political parties get taken over and gutted. Similarly, we see in the U.S. instances of so-called sensible liberals, such as Hillary Clinton, trying to comprehend Trump and his most die-hard supporters, ignoring that most, especially the white suburban class, have a personal stake in maintaining the status quo, even when it means oppressing marginalized communities.

This leads us into the second lesson moving forward, which is that fascism will only be stopped by a cross-racial workers’ struggle. As noted by Stanley, fascism thrives on division and hate. Therefore, it perceives organizations, especially labor unions, as particularly threatening. When fascism spread across Italy and Germany and later in Latin America, the first actions fascist leaders took in securing power was attacking labor unions and stripping power from socialists and communist parties. What fascists recognize is the potential for unions to create cross-racial solidarity, which can then challenge the fascist view about the world as hierarchical and as inherently divided.

“According to fascist politics, unions must be smashed so that individual laborers are left to fend for themselves on the sea of global capitalism, ready to become dependent instead on a party or leader,” Stanley explains.

This is why we need a global cross-racial/ethnic/religious/gender workers’ struggle that can generate solidarity and inoculate everyday people against the hate and vitriol spewed by fascists in power.

The final lesson is that in order to end fascism, we must change our current economic and political system in which fascist values already thrive. Institutions that protect capitalism, colonialism and patriarchy help breed the types of ideology and belief systems that allow fascism to take shape, such as a belief in white supremacy or a belief in the dominance of men over women, or in the right of businesses to exploit workers. The norms that fascists extol and want to spread, especially hierarchy and the right to impose one’s will on those below you, already exist within capitalism, colonialism and patriarchy.

“The only way to end fascism’s potential for ever gaining power is to forge a global community in which a shared humanity, access to basic resources and social justice are the norm.”

Therefore, the only way to end fascism’s potential for ever gaining power is to forge a global community in which a shared humanity, access to basic resources and social justice are the norm. Hence, fighting for a world where housing is free, where your job doesn’t slowly kill you, where unions are progressive and powerful, where access to reproductive care is a fundamental right, where wealth is redistributed to meet the needs of black and brown workers who produce it, where exploitation is no longer the norm, is what will end fascism. Essentially, fighting for a socialist world is the only way in preventing a fascist one from rising.

“Every single proletarian must feel like more than a mere wage slave, a plaything of the winds and storms of capitalism and of the powers that be,” Zetkin stated, “Proletarians must feel and understand themselves to be part of the revolutionary class, which will reforge the old state of the propertied into the new state of the soviet system. Only when we arouse revolutionary class consciousness in every worker and light the flame of class determination can we succeed in preparing and carrying out militarily the necessary overthrow of fascism.”

Sudip Bhattacharya is a Rutgers University Ph.D. student and instructor in political science who focuses on race, class and social justice. He has a master’s degree in journalism from Georgetown University. His work has been published at CNN, The Washington City Paper, The Lancaster Newspapers, The Daily Gazette (Schenectady), The Jersey Journal, Media Diversified (Writers of Colour), Reappropriate, New Politics, AsAm News, Jaggery, The New Engagement, and Gaali Gang.