Tens of thousands of people attended an anti-racism concert held to counter far-right protests and violence in the German city of Chemnitz.

Well-known punk and hip-hop bands performed in front of a banner reading #WirSindMehr (“we are more”), a hashtag which has been used in response to the neo-nazi slogan “we are the people”.

Organisers had been forced to relocate the open air event to accommodate the large expected crowd, some of whom chanted “Nazis out” and carried anti-racism placards. 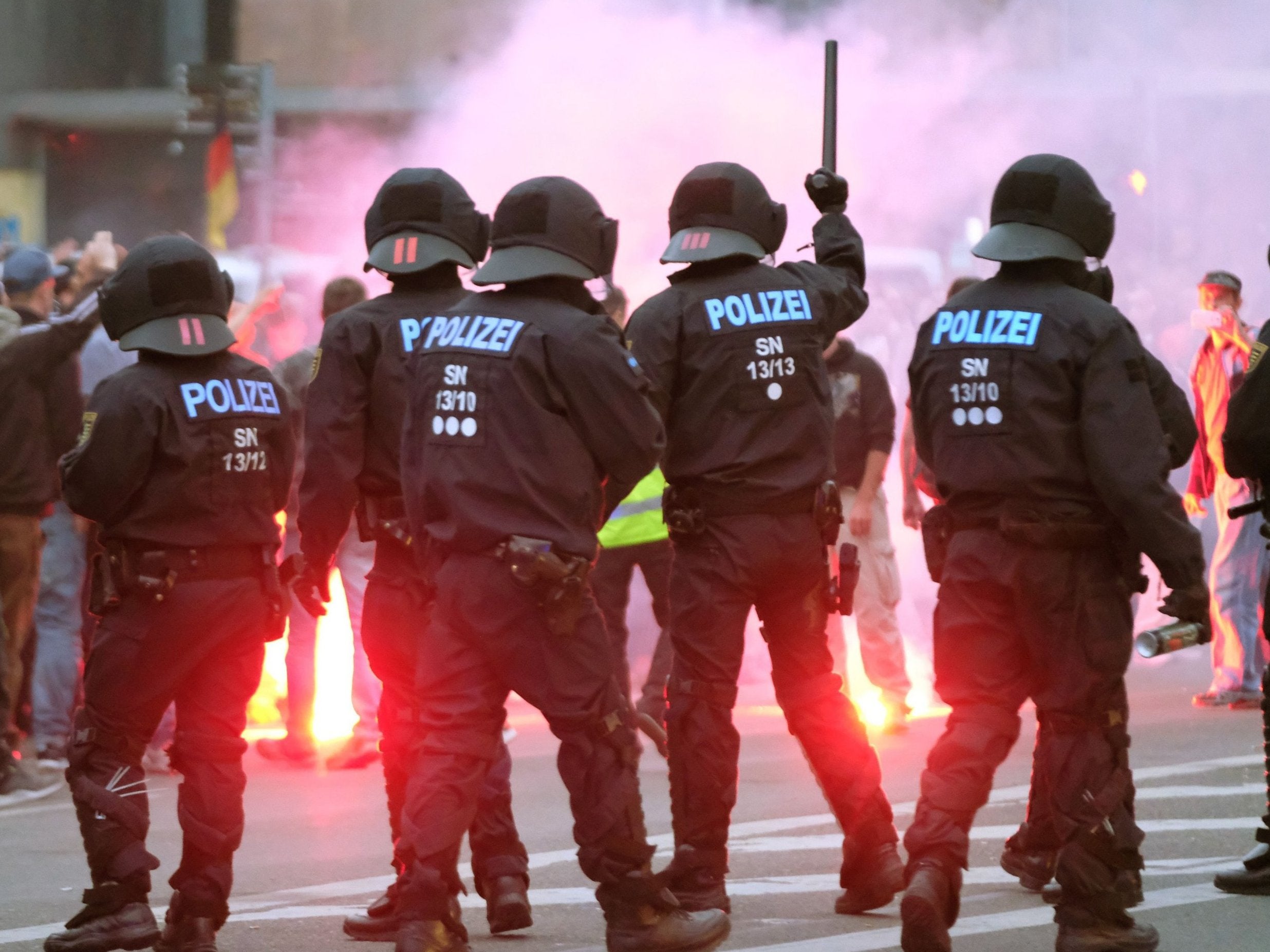 The concert was held after a wave of far-right rallies triggered by the killing of a German-Cuban man who was allegedly stabbed to death by two immigrants.

The event began with a minute’s silence for the 35-year-old victim, Daniel Hillig, and speakers addressed an estimated 60,000-strong crowd of mostly young people before the music began.

Organisers, who had expected about 30,000 attendees, said they wanted to show “there is no place in Chemnitz for Nazis”.

“This is not about the fight between right and left, it’s about basic decency,” said singer Campino, of headliners Die Toten Hosen, one of Germany’s most successful rock bands.

Felix Brummer, singer in the Chemnitz rock group Kraftklub, who also performed, said his band wanted to show solidarity with the city.

“We’re not naive. We’re not under the illusion that you hold a concert and then the world is saved,” he added. “But sometimes it’s important to show that you’re not alone.”

The concert came as Germany authorities stepped up surveillance of the far-right Alternative for Germany (AfD) party, the third largest in the country’s parliament, amid concerns it was closing ranks with extremists.

AfD activists have marched in Chemnitz alongside leaders of anti-Islam group Pegida and members of militant neo-Nazi groups in the past week.

“Parts of AfD are openly acting against the constitution,” justice minister Katarina Barley told the RND media group. “We need to treat them like other enemies of the constitution and observe them accordingly.”

The move was in response to the Young Alternative group’s anti-democratic goals and close links to the Identitarian Movement, a white nationalist group which has been under surveillance for four years, Mr Pistorius added.

His counterpart in Bremen, Ulrich Maeurer, described the views of AfD’s youth wing in the city-state as “pure racism”.

AfD immediately announced it would dissolve the two youth sections in question to avert harm to the party and insisted its aims were democratic.

AfD’s rise since its founding five years ago has shaken Germany’s establishment. The party, bolstered by public unease about the influx of more than a million refugees since 2015, came third in the 2017 national election.

Officials are particularly concerned about its strategy in eastern Germany, where it is aiming to become the most popular party after state elections next year.

Saxony – where Chemnitz is located – has an entrenched neo-Nazi scene and AfD has done particularly well in the region.

The party encouraged last week’s protests, which drew thousands following Hillig’s killing on 26 August. Far-right extremists were pictured at the marches performing Nazi salutes and chasing down passers-by they believed to be foreigners.

Some of the demonstrations erupted into violence between far-right marchers and anti-fascist counter-protesters. 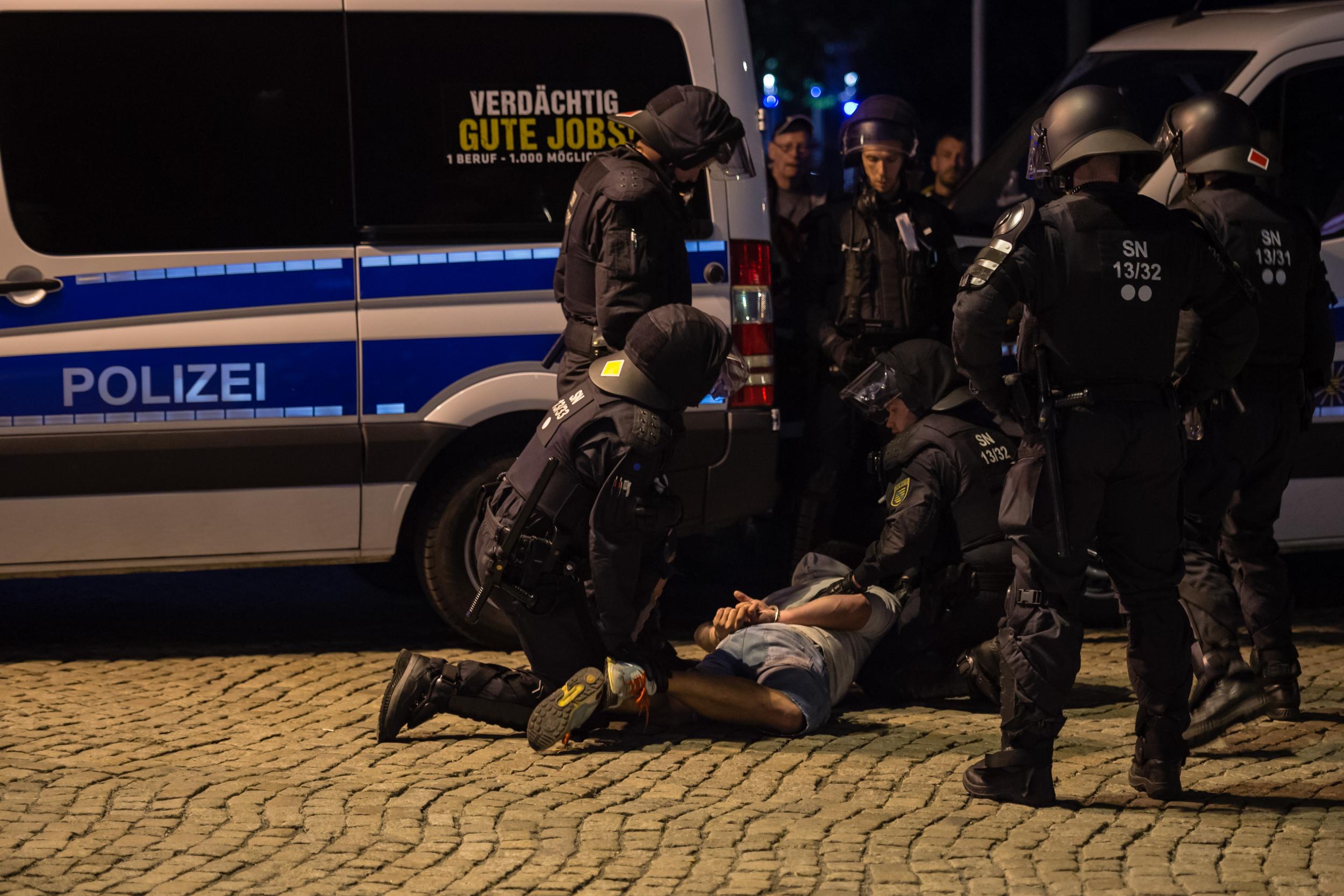 A 22-year-old Iraqi man and a 23-year-old Syrian man have been arrested on suspicion of manslaughter over Hillig’s death, which followed a fight which broke out in the street.

Government officials have urged Germans angered by the killing to distance themselves from the neo-Nazis, who have chanted “foreigners out” and harassed journalists covering the demonstrations.

“If one doesn’t think this way, it would be good to draw a clear line and distance oneself from those who are doing that,” said Steffen Seibert, spokesman for German chancellor Angela Merkel.

The country’s foreign minister, Heiko Maas, has called on Germans to ”get up off the sofa and speak up” against fascism.