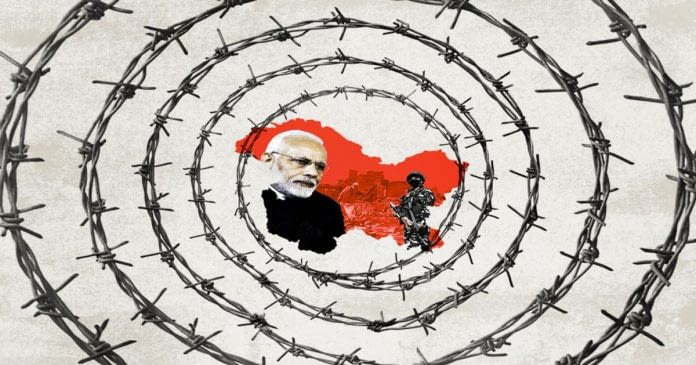 A Netherlands museum’s multimedia exhibit on design in Nazi Germany has drawn protests and condemnation over fears that the show does not do enough to contextualize its provocative content. “Design of the Third Reich,” now running at the Design Museum Den Bosch in the Dutch city of ‘s-Hertogenbosch, features the propaganda films of Leni Riefenstahl […]

We are in conversation with historian Michael Joseph Roberto about the history of fascism in the United States during the New Deal era and its connection to corporate America. Guest: Michael Joseph Roberto retired professor of history at North Carolina Agricultural and Technical State University, the largest historically black educational institution in the United States. He is also […]

Remember “The End of History?” Elizabeth Drummond, who spent the 1990s studying at Georgetown University, recalls Francis Fukuyama’s groundbreaking essay well, which announced “an unabashed victory of economic and political liberalism.” The Soviet Union had just collapsed in a peaceful devolution, Germany was reunified as Champagne popped alongside the crumbling Berlin Wall and democracy seemed […]

From India to Poland to America, even historically strong democracies are passing legislation that makes it harder and riskier to engage in peaceful protests. Democracy seemed ascendant after the rivalry between communist and democratic states subsided in the wake of the Soviet Union’s collapse in 1991. As elected governments replaced many toppled totalitarian and authoritarian regimes, the […]

IN 1909, A poet named Filippo Marinetti was driving along in his brand new Fiat when he came across two cyclists in the road. Marinetti swerved to avoid hitting his fellow travelers, sending his car into a ditch and completely destroying the vehicle. Here’s how Marinetti described the encounter: The words were scarcely out of my […]

The rise of the far right is something that must concern any civilised society. Even before the horrific terrorist atrocity in Christchurch, there have been signs that racist extremists are becoming more active. In the UK, four of the 18 terror attacks prevented by the intelligence agencies since March 2017 have come from the far right. Although, […]

What’s the best way to fight racism and extremism? The impulse to dismiss extremists as unreachable fanatics is strong and at times justifiable. But perhaps it’s not always the most effective means of combating them. Deeyah Khan, a journalist and filmmaker, has decided to engage them directly as human beings. In two documentary films, White Right: […]

Jared Taylor, one of the most prominent white supremacists in the U.S., claimed on his website on Friday that he’d been “banned from Europe” until 2021. The ban came as Taylor attempted to transfer in Switzerland for a flight to Finland. According to Taylor, Swiss police informed him that Polish authorities had barred Taylor from […]

In 2011, the fascist Norwegian terrorist Anders Behring Breivik detonated a bomb in central Oslo before travelling to Utøya island where he opened fire on children on a camping holiday. Overall, Breivik murdered 77 people whilst he injured over 300. While Breivik has been behind bars since committing the atrocities of 2011, his name has […]