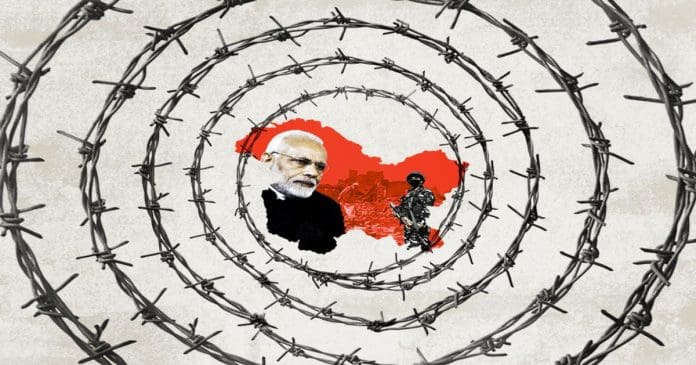 From India to Poland to America, even historically strong democracies are passing legislation that makes it harder and riskier to engage in peaceful protests. Democracy seemed ascendant after the rivalry between communist and democratic states subsided in the wake of the Soviet Union’s collapse in 1991. As elected governments replaced many toppled totalitarian and authoritarian regimes, the […]

In 2011, the fascist Norwegian terrorist Anders Behring Breivik detonated a bomb in central Oslo before travelling to Utøya island where he opened fire on children on a camping holiday. Overall, Breivik murdered 77 people whilst he injured over 300. While Breivik has been behind bars since committing the atrocities of 2011, his name has […]

Many have framed the battle lines in the geopolitics of the emerging new world order as the 21st century’s Great Game. It’s a game that aims to shape the creation of a new Eurasia-centred world, built on the likely fusion of Europe and Asia into what former Portuguese Europe minister Bruno Macaes calls a “supercontinent.” […]

Digital authoritarianism, defined broadly as wielding technology to enhance or enable authoritarian governance, is spreading around the world. While the Economist Intelligence Unit’s annual Democracy Index found that, on a global level, “democracy stopped declining in 2018” for the first time in three years, the researchers cautioned that it may be merely a “pause.” In 2019, the […]

SÃO PAULO, Brazil — From the balcony of BuzzFeed’s São Paulo office right now, you can hear screams of “Ele Não” echoing through the city’s winding avenues. It’s the same phrase I’ve seen graffitied all over the city this month. The same one I heard chanted from restaurants and bars all afternoon. It means “not […]

With Jair Bolsonaro’s electoral victory in Sunday’s runoff election for president of Brazil, a global resurgence of the radical right is indisputable. Mr. Bolsonaro is a particularly ugly representative of this movement, both politically repressive and culturally intolerant. The question being asked in the bourgeois press is: what psychological malady is taking hold that could […]

The real obstacle to understanding, or even recognising, contemporary fascism is alas, the memory of the 1930s. The fact that we have fascists in power in India, at the helm of a liberal bourgeois state, is indubitable: their organisation, the RSS, to which they belong and swear by, has made no secret of its admiration […]

In our global slide toward despotic unaccountability, three words act as the primary signifiers of the changes in governing and political norms at work around the globe. The words are fascist, illiberal and authoritarian.

Let’s take a look at the dictionary definition of each.

Fascist: A political philosophy, movement, or regime (such as that of the Fascisti) that exalts nation and often race above the individual and that stands for a centralized autocratic government headed by a dictatorial leader, severe economic and social regimentation, and forcible suppression of opposition.

Authoritarian: Favouring or enforcing strict obedience to authority at the expense of personal freedom. Showing a lack of concern for the wishes or opinions of others; dictatorial.

Whether we’re talking about Donald Trump, Viktor Orban, Jair Bolsonaro, Benjamin Netanyahu, Narendra Modi, Vladimir Putin or Daniel Ortega you see aspects of each these dangerous modes of social control being normalized and, in many instances, enacted through executive or legislative means.

While it is natural to be most alarmed by the rise of neo-fascist political parties in Italy, Germany, Poland, Sweden, France, and the UK, perhaps a more dangerous trend is the emerging religious authoritarianism infecting Christianity, Islam, Hinduism, Judaism, and Buddhism. In India, Modi’s BJP has actively encouraged ethnic cleansing campaigns by Hindus against Muslims in northern states. In Israel, Netanyahu successfully passed a new law elevating the citizenship rights of Jewish Israelis over those of Muslims. In Myanmar, Aung San Suu Kyi has given tacit approval to Buddhist death squads attacking Muslim Rohingya villages. Across the Middle East, leaders leverage the Sunni/Shia divide to redraw national boundaries resulting in the refugee crisis in Europe. In the United States, Donald Trump and Mitch McConnell are rushing the decisive Christianist candidate onto the nation’s Supreme Court. In Brazil, the leading candidate in October’s presidential election is an open supporter of military dictatorship is supported by 90% of white Catholic and Evangelical voters.

Any of these political-religious movements could result in illiberal, authoritarian or fascist governing regimes. Adding the accelerant of religious dogma any of these are much more likely to spread across national boundaries and endanger regional or even global peace.