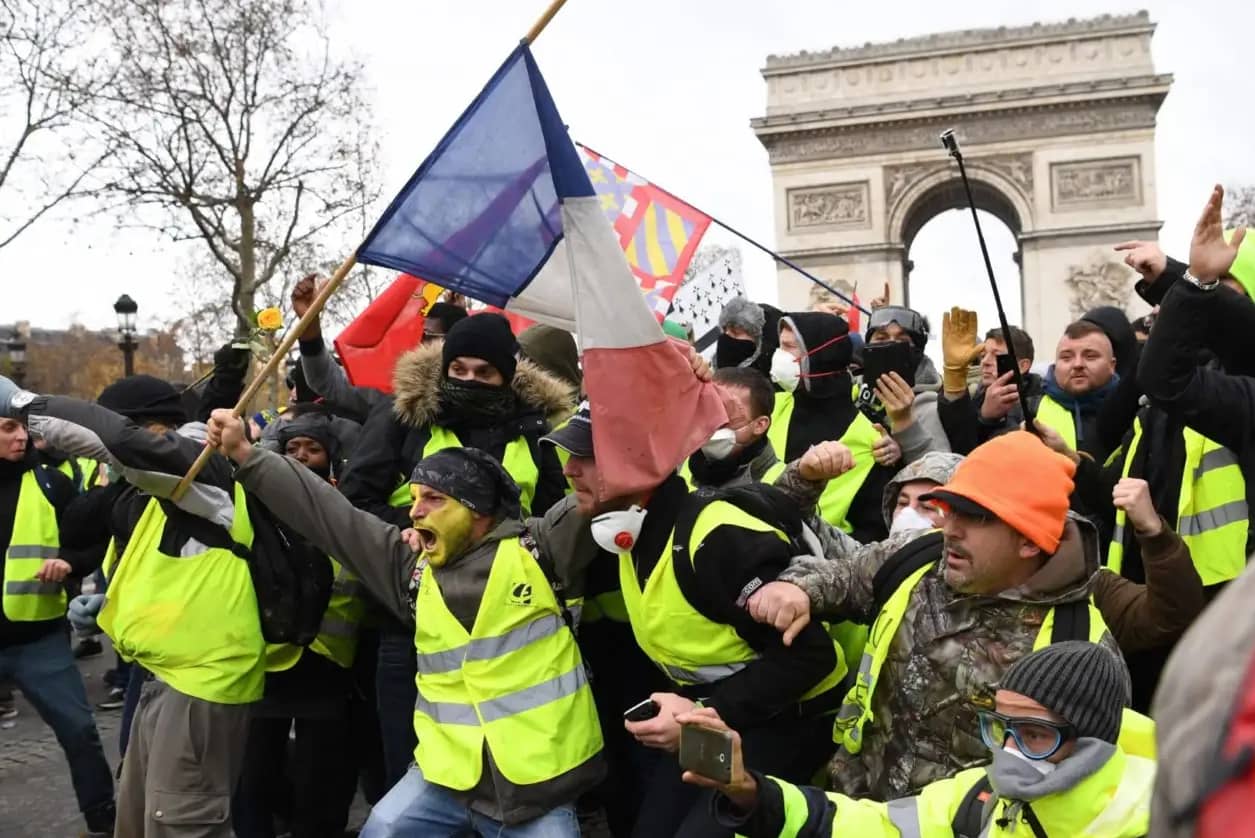 Among the agitating gilets jaunes in Paris were known anti-Semites. One banner described President Emmanuel Macron as a “whore of the Jews”. Others abused the Jewish billionaires, the Rothschilds. Ukip now has official links with those with similar views. Among them is Paul Joseph Watson, an editor of Infowars, a website that promulgates Jewish conspiracy theories. […]

Hi and welcome to our new series on authoritarians! Last time we met up, we explored the fear that drives people into authoritarian personalities and groups. This time, we examine the main tool authoritarians use to soothe that fear: obedience. We’ll dive into a new breed of mobile apps that take advantage of authoritarians’ need for rules […]

Historian Paul Hanebrink discusses the origin and uses of the Judeo-Bolshevik myth as a grand conspiracy that inspired the Holocaust and how crucial parts of it survived under the umbrella of “Judeo-Christian civilization.” Among other concerning changes, the Donald Trump era has played host to a rise in white supremacy, anti-Semitism, and increasing incidences of […]

BY Michael I. Niman

The New Year’s Day inauguration of avowed authoritarian strongman Jair Bolsonaro as president of Brazil signaled an ominous start to 2019. Brazil, as the fifth-largest country by landmass (larger than the Australian continent), the sixth-largest by population (larger than Russia) and the ninth-largest economy (larger than Canada), represents global fascism’s biggest gain in recent history. The rise […]

Today, we begin a new series of posts centering on authoritarian personalities. This concept is absolutely crucial to understanding those worst-of-the-worst Christians: culture warriors. To start us off, I’ll define these terms so we can begin exploring the two subtypes involved here, examine what motivates them, and then start looking at why authoritarians are like that. NOTE: […]

Mass protests have wracked Serbia after critics of nationalist strongman president Aleksandar Vučić were attacked in a series of failed assassination attempts, compounding Vučić’s own human rights abuses and indifference to popular will. Among those who were attacked are Serbian Left president Borko Stefanović and two Serbian Left party activists, who was beaten with iron […]

The kind of racist abuse aimed at Napoli’s Kalidou Koulibaly is commonplace in Italian football – and points to a wider malaise. This week has shown, once again, that Italian football has a deep-seated problem with racism and fascism. At the Boxing Day game at the San Siro stadium in Milan, the black Napoli defender Kalidou […]

New research finds radicals are less able to recognize when they’re wrong, even in a task having nothing to do with politics. Radicalization is surely one of the scariest words of the 21st century. After the 9/11 attacks, much effort was devoted to discovering how terrorist organizations convince people to die for their religion. More recently, angry demands […]